HAMBURG (The East-West Writer)–Josef Joffe, editor/publisher at the propaganda racket Die ZEIT‘, triggered Berlin recently with his ‘Murder-in-the-White-House‘ gaffe. The ideologue has a history of hate mongering, and he wasn’t quite done yet with president Trump:

In a follow-up article, ‘Trumpistan‘, Joffe kicked his agitprop to biblical levels. He rattles about “un-American,” “betrayal of Israel,” America’s “broken promise,” “broken bones,” “Communist treason,” and “revenge angels” (Joffe’s Europeans), the biblical prophet “Jesaja,” the battle of Good versus Evil… he is totally out-of-control this abominable Joffe.

“Josef Joffe is the epitome of the US propagandist and warmonger. […] If this state were a constitutional state, a demagogue like Joffe would have to make social hours in refugee homes and clean toilets there, instead of spreading his own mental diarrhea, lies, and agitation in the ZEIT.” —Propaganda Show

Hypothetically, if you ever needed a textbook villain to demonstrate that even the most outrageous conspiracy theories probably have a quench of truth in them, and that not all Jews are Freud or Einstein, you need to introduce your students to Josef Joffe.

“American political theory really is important as a political theology. Think about what America is all about. We are reinventing the world anew. We are sailing across the ocean and we are replicating the escape of the children of Israel from Egypt. We shall go and build a new Jerusalem…” —Josef Joffe

Joffe of course has always been controversial. First of all, he is not very bright even among the general population. Among Jews, however, Joffe probably counts as borderline retarded.

He once bragged he only got an SAT score of about 1220 (of 2400, back then), which is an IQ of 103.4, and figured he would best become a journalist because it “suited his temperament” and “ratification is almost instant.”

“ZEIT Editor Joffe is campaigning for massive war in the Middle East […] Under the cynical label of a “human rights war” Joffe propagates an assault war whose criminal goals he is aware.” World Socialist Web

Joffe ran into CIA agents who turned this mean fellow into a valuable asset and got him into a PhD program at Harvard (“Tell them also about the Stanford connection!”). The demagogue kept his German passport and wrote pro-USA, pro-NATO, anti-Russian, anti-German propaganda in the dumbest, most infantelizing tone [“Joffeism”], so much so that he became the prime example of a colluded journalism and evil populism.

“Joffe says ‘cries of the heart’ like Judt’s have been common since Jeremiah and the lesser prophets. […] a rather stupid conclusion […] This is fatuous baloney.” —Huffington Post

In psychology, what Joffe does is permanent ‘gas-lighting’. He openly advocates Jewish supremacy [Zionism], for example, and when people say ‘But wait a minute, doesn’t that ignite new antisemitism?!’ he writes the next article: Hate speech, hate speech, antisemitism everywhere!

“With, say, 50 nukes, Israel can obliterate Iran not just as a country, but as a civilization—and still keep enough warheads in reserve to deter whoever else might want to wade in.” —Josef Joffe

It is difficult to accept (and for the journalistic profession: soul-crushing) how in our so-called merit-based society such an low-powering intellect could climb up the ranks and become the publisher and published at Die ZEIT, other than being planted there by a foreign power. Joffe basically IS the empirical evidence of the Fifth Column [foreign agency], the Jewish Lobby, and Highest corruption in post-war German media.

Joffe has made DIE ZEIT dumber.

“Joffe calls his early days at the College a “traumatic encounter with excellence.”—Swarthmore College Bulletin

“I have to preface this… some of my best friends are Neocons… People are extremely intelligent people… The most intelligent people I have ever met. Some. […] I’m saying that… I’m stressing the exceeding smartness… How could such a smart people fall into such obvious, obviously stupid traps.” —Josef Joffe

“The ZEIT publisher Josef Joffe is not only a war-mongerer and a glorifyer of capitalism; he is also an arrogant smug and total asshole.” —Misanthrope.Blogger

IMPOSTOR? Listen to this and try not to fall asleep. Note the great introduction where Joffe taught at all those prestigious universities including Harvard as if he was Francis Fukuyama and Samuel Huntington and Henry Kissinger, yet NEVER EVER ONCE did he make any impression on his fellow professors and students whatsoever. He’s a fraud. 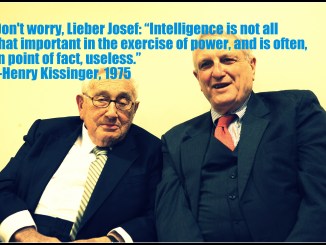 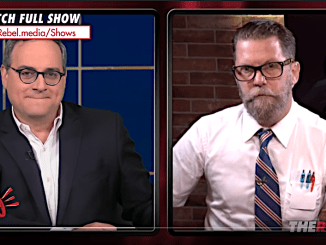 Ready to Embrace Twitter Lawfare: “We are targets, not victims!” [feat. Gavin McInnes and Ezra Levant]

Lessons from the biggest sales scam of all time: The New York Times!