Brilliant! Josef Joffe, publisher of the Leftist propaganda racket Die ZEIT [Times], probably thought that ARD [Regime TV], would edit its ‘ARD-Presseclub‘ program on 22. January 2017, since he is total boss and minority and patriarch and all.

When the group of five discussed the options for removing US president Donald Trump from office and Constanze Stelzenmülle remarked that “a lot would have to happen for it,” Josef Joffe jested:

“Murder in the White House, for example.”

Joffe is clearly being witty and good sport, and the moderator is fantastic, too:

Could be anyone “in the White House,” grammatically. But still, president Trump comes first to mind, and Joffe is the Jewish Lobby and Commander-in-chief of Die ZEIT, a fanatically globalist, pro-Clinton anti-Trump propaganda press that lies, fakes, fabricates its own polls, censors its comment sections, denounces regime critics, HATES populists, and wants to wipe out ‘hateful comments’ on social media, so damn right the Internet noticed Joffe’s hypocrisy and political gaffe.

In Japan, Hitler & Co Are Cool Lovers and Comic Super-Villains 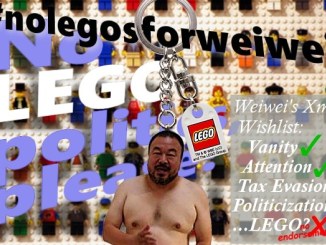