BEIJING– Beida and Tsinghua are the two most prominent universities in China, a country of 1.35 billion people. (There are many other famous ones like Nanjing University, Renmin, or Fudan University, but for the scope of this article let us focus on these two.) Let’s make no mistake, although Beida and Tsinghua are (just) ranked no 46 and 52 in the world according the THE rankings 2013 (Hong Kong University ranks no 35, but is listed separately [it’s a British ranking, and HK was a former colony]), nevertheless these two are powerful global players.

The “Harvard of China”

Peking University(short: Beida, from “Beijing Daxue”) is the center of China’s humanities and often called “the Harvard of China” (or, from a Chinese point of view, Harvard is called “the Beida of America”), while Tsinghua is strongest in engineering and the sciences, and known as “the MIT of China.”

Tsinghua is wealthier and looks typical American, at least the main campus. Beida has its beautiful lake and is home to China’s greatest modern thinkers and philosophers like Gu Hongming, Lu Xun, Mao Zedong, Ji Xianlin, and Hu Shi. The list goes on.

Increasingly, the two are testing their prerogatives and are competing for China’s top spot and for attracting best and brightest students in all the fields. They established their own business schools, language schools for foreigners, etc.

Stephen A. Schwarzman, the US billionaire and chairman of Blackstone Group, believes that Tsinghua will take the lead in the future. He may be right. China’s new president, Xi Jinping , is a Tsinghua graduate (the Premier, Li Keqiang, is from Beida), so are many of the technocrats in the Communist Party that rules China. Tsinghua has an edge in research and technology, and Schwarzman donates $300m into a new leadership programme that wants future global leaders from the US and elsewhere to come to Wu Daokou in Haidian district of Beijing in order to experience Chinese elite education and the ‘guanxi’ or “connections” it brings along. After all, this century is deemed by many as the Chinese one.

Beida will watch this new US investment carefully. Both universities float on cash and invite famous people from abroad. Political leaders like Tony Blair have a tough time choosing which one to visit and deliver their keynote speeches. (David Beckham recently visited Beida). Gigantic conference centers like Beida’s ‘New Global Village’ with dozens of apartment blocks were built; even a museum restaurant, and Beida’s new Lake View Hotel (which charges up to $500 a night). Tsinghua parades its mighty TUS Park facing Chengfu Road, the High Street of Wu Daokou, a couple of glassy skyscrapers that house Google, Baidu, and Deutsche Bank, among others. Beida has its own metro station named after it. Each campus is as huge as entire districts in some European capitals.

Tsinghua lies just across the street from Beida, and towers prominently among 168 (!) other institutes of higher education in Haidian. Chinese universities are campus university (unlike, say, European universities) and are closed communities with their own hospitals, supermarkets, and village-sized dormitories. They are massively subsidized by the central government to keep the food and housing prices on-campus in check. It’s a cheap world as long as one does not leave the campuses.

But the massive increase of students over the past 20 years, including hundreds of thousands of foreign students (there are 60.000 Koreans living in Wu Daokou), are pushing the people into the local surrounding communities like Zhongguancun, the Silicon Valley of China.

For many observes it does not really matters which university comes ahead in 2014. All competition is good for China, and for all those students who come here. 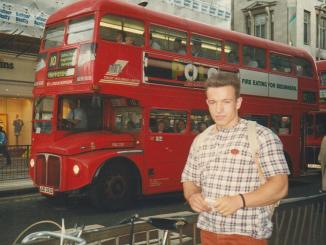 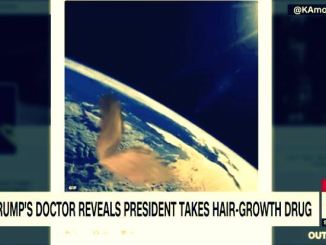