Hans-Georg Maaßen exposed the lying press for the fabrication of so-called “hate mobs hunting down migrants,” so the lying press took him down for it. From conspiracy theorist to sympathizer of right-wing extremism… no acronym is too shabby for not sticking it to the master truth-teller.

The regime press is shameless, and its press soldiers… ruthless. Here are some quotes:

“Maaßen has to go
Everywhere conspirators!
Hans-Georg Maaßen has discovered “radical leftist forces”, and of all things in the terribly good SPD. He sees things that obviously do not exist. Such a man could not stay in the civil service.” —SPIEGEL

“What Maaßen recited there before the heads of domestic intelligence services was a right-wing conspiracy theory. Right-wing conspiracy theorists claim that there is a left-wing opinion cartel in Germany, a left-wing dictatorship of its kind, as they call it, that suppresses other attitudes and conceals the truth. Maaßen makes himself the victim of such fabricated ideological dictators.” —DIE ZEIT

“He draws a comparison to Russian disinformation campaigns” —Sueddeutsche

“…he accuses the Chancellor of inventing false information or at least spreading them unchecked. He speaks of “left-wing forces within the SPD,” their coalition partner.” —FAZ

A corrupt and revengeful media

It goes to show that nobody in this country can criticize the lying press. It is a globalist opinion cartel and dictatorship that sits in a steamroller with the regime and crushes their enemies like insects. Maaßen had to go because he spoke the truth. And the truth, this we know since Socrates, is poison to the tyrants. 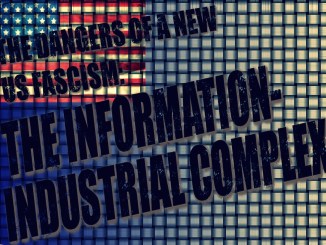