According to Google’s Dictionary, colonialism is “the policy or practice of acquiring full or partial political control over another country, occupying it with settlers, and exploiting it economically.”

Now, isn’t this all too obviously observable in much of Europe today, where migrant settlers swarming into the lands, taking over politics and exploit the hosts economically?

Germany, Sweden, France, and Great Britain are hopelessly colonized by settlers from hostile cultures in the Middle East and Africa, mostly from Muslim societies. These settlers have taken over now. They occupy land, space, drain the resources, the social systems, and demand political control.

Speaking out against the colonization is now a hate crime in those countries. Britain once colonized Australia and India with only a few thousand settlers. In Australia, they managed to replace the native population. India, luckily, expelled the British.

Alas, now in Europe we are seeing millions of settlers from Islam, of black and brown countries, who have one thing in mind: to make a good living for themselves. At the expenses of the natives.

You can see this already in the Western Holy City of London where over half of the population is non-English and where a radical Muslim overlord became the mayor - Sadiq Khan. Khan meaning king.

The newcomers are exploiting the social systems. In Germany, the settlers received 100 billion euros so far, for just having arrived. These new settlers ally themselves with local tribal leaders who arrange pro-immigrant propaganda: Immigrants are good. Replacement is good. Borders are bad. Resistance is racism.

This is all textbook example of colonialism. No one should be in the dark. Yet, it is now prohibited, as you would expect, to study it, to research it, to mention it in those countries. Evidence, that they are no longer masters over themselves. 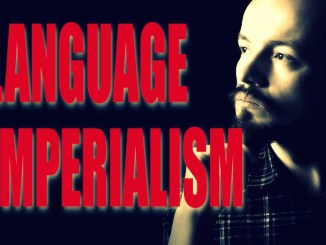 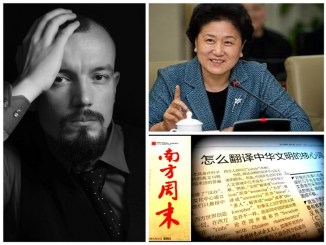 Pattberg: Beijing the “Center of a Linguistic Revolution” (Key Concepts in Chinese Thought and Culture)