WORMS. Rejected Asylum seeker (22) killed ‘his German girlfriend’ (21) with ten to 15 stabbings to her neck and chest. He confessed to the murder. The regime pleads ‘mental instability’ as the motive. He was well known to the police for battery and theft. A hate crime on his part it was not because a German ethnicity does not exist.

RELATED Merkel is Politically Responsible for the Murder of Maria Ladenburger

Still, about 500 people marched for the killed girl. So, the regime couldn’t possibly black this out. The regime media FAZ immediately politicized the murder by warning against marching Nazis who could politicize it. Also, the mayor of Worms played the victim card instead of the girl because “he received death treats.”

“Meanwhile, a local alliance against Nazis fears that the 21-year-old’s death could be politically exploited.” -FAZ

The Tunisian man can expect full support from the German regime and will now not be deported to Tunisia where he could expect a life sentence or worse. Instead, in Germany the maximum sentence, if he is treated as a young offender or imbecile, is 10 years. After that he can have a family of his own.

There is now a long list of German girls who have been slaughtered or assaulted by so-called refugees or migrants. The Merkel regime so far has sided with the criminals and warned the public to shut up. Hate speech laws against the Germans were put in place. For each dead German girl there are an additional hundred Germans persecuted for hate speech.

Police and prosecutors are reluctant to engage with criminal migrants out of fear of being labelled right-wing extremist xenophobes and racists. But the mayor of Worms of course gets all the protection he needs against the evil Nazis. 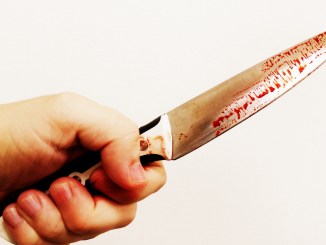 Religion in China: A critique of Fenggang Yang and the Templeton Foundation