Sadiq Khan’s absence from the festivities of Donald Trump’s state visit to the UK is much appreciated. He is an embarrassment. The radical Khan is a toxic character, a radical Muslim and leftist extremists who tried to bomb the extraordinary good relationship between the two countries.

First, Khan called Trump a fascist dictator, for which Khan was disinvited from attending the state visit. Next, Khan wrote on opinion piece for the Guardian, calling on cancelling the state visit and red carpet treatment.

When all failed, Khan went on and recorded a ‘message to Trump’ in which he alleges that Trump is the exact opposite of what Khan’s London stands for. London stands for diversity and gender equality, the Muslim mayor boasts.

But do we believe him. Until Khan shows us, that he is a bisexual transgender god, he remains a shadowy and ambivalent figure in feminism and gender politics. Be a man, Khan. Show us that you are transgender, and your rabble-rousing might be forgiven.

Anyways, the state visit by a US president to the United Kingdom went very well, because toxic extremist Sadiq Khan was excluded from the party.

Why is he not expelled from office in London? The city could relieve… and heal again.

What is your opinion on toxic Sadiq Khan? Don’t be shy and leave a comment!

Chinese of the world, unite? 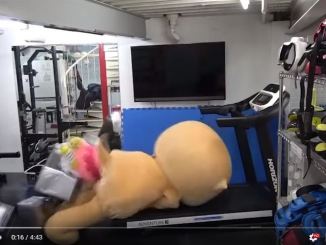