BERLIN—After a migrant gang attack on a homeless person in a subway station, six suspects have turned themselves in. The seventh was arrested by civilian police. The men are refugees from Syria and Libya and between 15 and 21-years old.

The refugees are accused of having lit the garments of the 37-year-old homeless man on the first day of Christmas holiday at Berlin Schönleinstraße subway station. The man slept peacefully on a bench. He remained uninjured because witnesses interfered.

German media reported the crime, but left it to the public to describe and identify the criminals, after releasing a video, as both the police and the media are forbidden by law  and press-codex to report on the ethnicity and nationality of criminals.

RELATED Germany Gives In To Terrorism: “We Have To Live With It” —Warns Germans About Hate Speech

The Frankfurter Allgemeine (FAZ), as eager as all media to avoid being labelled “anti-Refugee” or, worse, “racist,” is quoting a spokeswoman quoting an internal investigator the suspects of having said, and I quote: “The man was probably a Syrian. In total, six of the suspects had said they would come from Syria, one from Libya.”

It is uncertain as of yet whether a Berlin prosecutor will be named who actually presses serious charges against the seven refugees who don’t really know German culture and language all that well. Nothing really happened and it was just a homeless man they tried to burn alive. 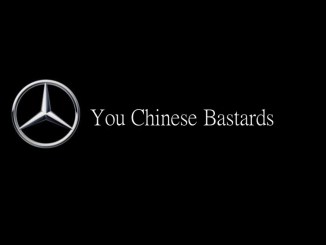 German Racism in China has Daimler Bear the Brunt