The global community seems to strive for more open borders and more cultural diversity, yet when it comes to open and diverse dictionaries, the walls go up. This author argues for nations to adopt more non-Western foreign loanwords, in particular more Asian key terminologies, into the future global language.

The task is immense. Western academia is either Christian or Greco-Hellenic or both. Our academicians translate Asian texts into convenient biblical or philosophical language, without much concern for the cultural property rights of their owners.

Critics often complain about the patriarchy in academia, about the exclusion of women and non-Whites, yet when it comes to the systematic and quite deliberate exclusion of foreign words, our media stay silent. Why, because the media is in love with outdated, racist language policies.

You don’t believe it? Western flagship media such as The New York Times or The Economist are using archaic language rules spread by ‘Good Writing Guides’, for example Strunk and White’s ‘The Elements of Style’ who advise journalists to “avoid foreign words, write in English.”

The idea of race in the past had always entertained a clearly defined nation state and a national language. Dictionaries are a relic of that colonial past when we taught our children to exclude foreign pollution from our holy language. Our men of letters took false pride in the fact that English, for example, evolved through Latin, a dead language, instead of opening the gates to millions of loanwords from foreign languages that actually live.

Some commentators are optimistic about change. David Kelly from China Policy, a research institute and think tank in Beijing, says that “contemporary Chinese expressions like hukou, guanxi, etc. have already entered English.” He worries, however, about “classical expressions like tianxia, etc.. These were ambiguous even in classical times, and are prone to highly ideological interpretations today.”

Other commentators are more pessimistic. Noam Chomsky, the world’s most famous linguist, doesn’t believe there should be a global language: “The way things have been working in the past is that power has determined the languages that are generally used. That’s improper but it’s hard to see what to do about it.”

The global community is thus stuck in a siege-mentality. Our languages are besieged by Anglicisms, by Araby, by Chinglish, by the Russians. It’s a zero-sum game of language for them: we lose, the others win.

When Science magazine first established its presence in China in 2007, it deliberately looked for ‘converted’ Chinese scientists who could speak English. All others were banned and excluded. Chinese terminologies were censored.

It doesn’t have to be like that forever. Just as the world community dreams of overcoming racism, it should also pay the occasional nap of overcoming linguacism.

The ideal future outcome is a mixed and diverse language community where the various races (there are no races) speak a hotpotch of various languages (there are no languages), flexible and limitless. This doesn’t mean that English won’t hold its prominent place as ‘the international’ language, far from it. But English is going to change and will have to adopt more foreign loanwords in order to reflect the true diversity of the cultured people on this planet.

The author is a German philosopher and cultural critic. 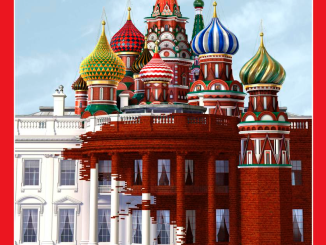 When journalists ARE the story: Angela Köckritz 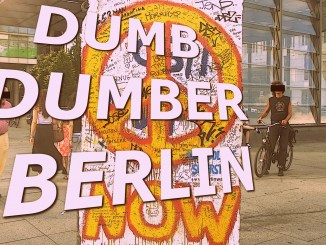