Sextourism is booming. No, white man didn’t invent sextourism! But white man conquered and now runs the world. He’s at the top of his game in East-Asia. And it isn’t always fat white divorcees who are looking for a second marriage or mail-order bride.

It is increasingly young folks who cannot find a spouse in the West, either because they are jobless or because they fell into despair with Western radical feminism and now aim for a submissive Asian wife or girlfriend. 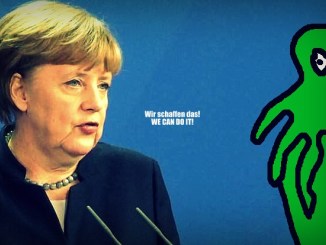 Merkel is alone. No Army, No EU, No Support

Why Fake News Media Report More Trump Protesters Than There Are