“THE Cultural Revolution was a hellish period for millions of Chinese. President Xi Jinping’s father, Xi Zhongxun, a minister under Mao, was tortured, and a half-sister committed suicide.” —The Economist (TE)

LONDON - The British propaganda racket The Economist is at it again: Enemy propaganda against China. Xi Jinping. The leader of our worst enemy, China. He must be shoehorned into the next Mao. He cracks down on corruption. Very bad for Western corporations doing business in China. “Dictator”, this label, must stick with Western audiences at all costs. Repeat it. Again. Non-stop. Xi is the next Mao. Xi and Mao:

This sort of TE enemy propaganda must stop. What good can come of it? The Economist goes too far with stirring up the China-hate and construes a shameful sinophobia. It’s not just pure racism and extraordinary media terror, it is inhumane. Plain and simple. Shame on you, British media. The damage you cause to your country, Britain, and to China, and to the moral integrity of the human race (where do we stand if we live only by offending each other?) are irreparable. Enemy propaganda is well understood in political science. It does nothing but prepare for misery, confrontation, and war. [Maybe that’s what you want, TE?] It changes nothing for the better. Xi’s half-sister committed suicide because of the Cultural Revolution?! You are shameless!! Maybe she committed suicide for very personal reasons! Yet here you are abusing the integrity of a dead person you don’t even know to establish the “fact” that the Cultural Revolution killed her. Your paper is a crock!

The short propaganda piece goes on to admit that there are “huge differences between Mr Xi’s rule and the Cultural Revolutionary period”… only to find some token professor (who was probably promoted just for having his name mentioned in TE) for saying: “even distant parallels are worrying.”

Ridiculous. This is muckraking. It reminds of the New York Times “journalists” who keep looking for signs of Hitler and Holocaust:

How about drawing “distant parallels” of the Economist‘s master narrative over foreign people to British imperialism and state terrorism?

In fact, the Economist keeps saying, over and over again -or it finds books that keep saying it- things like: “For all his praise of Mao, it is very hard to imagine China’s president, Xi Jinping, launching another Cultural Revolution.” So why keep saying it, then?! What, are we 12-years-old that we cannot smell the cunning! Shut up! SHUT UP!

I rest my case.

A version of this article is published in:

How Merkelism is destroying Germany! 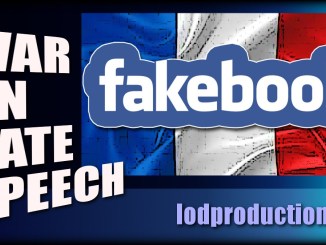