Discriminating and racist slurs on the Internet? The speech police could be running into your door tonight.

Germany’s Internet Gestapo during the last three nights has cracked down on hate speech by arresting the evil perpetrators. In 38 cases, so the regime press reports, the suspects were arrested and their computers and mobile phones seized.

Their crime? Incitement to crime, antisemitic commentary, and insulting politicians.

Mainly Internet groups such as ‘Our German, patriotic and free’ or ‘The Patriots’ were targeted this time, which are openly anti-Merkel and anti-immigration.

The three nights of crackdown were aptly called “the action days for the battlement against hate postings’.

It gets more surreal. The regime and the thought police are calling onto the people to inform on other citizens. There are public websites now where you can anonymously denounce your enemies, dislikable public figures, or just your neighbors. Smear their good name. Destroy their livelihood.

Finally, not only the perpetrators will feel the hammer of good speech, but the administrators at social networks, mainly German Facebook, who failed to report the hate speech in time. Guilty by association.

If this isn’t speech tyranny, what is? 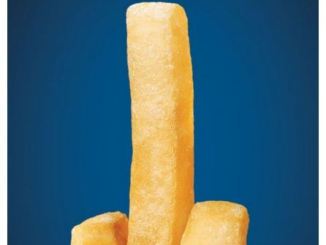 Sam Harris is a moron and a charlatan