Winner Laowai in China hides all his Youtube videos

If you wondered why all of Randy Flagg’s — aka ‘Winner Laowai in China’ — videos disappeared overnight…, he actually removed them himself! On Twitter, Randy stated his reasons for the qua deletion of his channel:

Shutting My Channel Down Temporarily
Why am I doing this?

2. ADV and Serpenza Giving Warning and Moving out of China

3. The Dolce & Gabbana mess bigger than I thought

Will come back when I move out of China

None of these reasons seems to justify, in our view, his self-censorship. So maybe he is holding back with something. In recent months, Randy got cyber-stalked by a Chinese madman who reported him to the police for ‘breach of peace’. Consequently, Randy got into trouble, visa- and workwise. He was fired from his last teacher’s job.

A legend that was born with ‘Loser Laowai in China’

Randy started his Youtube career not as “Winner” but as ‘Loser Laowai in China’, and his moniker and character immediately clicked with his audiences. They liked the “loser” so much who spoke his mind on racism, sex with Chinese girls, family problems, and everyone else. In fact, all of his content touched on sensitive topics, and all the time. Then, he uploaded ‘China ratchet’ -a show in which he reviewed unbelievable trashy stories he found about China on the Internet. Despite of all this, or because of it, he became a small Youtube sensation… and increasingly likable! Oh, and did we ever forget to mention his way with words, never!

Amassing over 7k subscribers in about a year, when his waters got too hot, he suddenly deleted, and thus ended, his career as “Loser Laowai in China.” Instead, he switched to his other, much smaller Youtube channel “Winner Laowai in China.” However, as a “winner” he barely achieved one-third of the subscribers he had when he was a “loser.” Moreover, he quickly run out of positive stories and fell back into senseless rants.

RELATED Why I liked Loser Laowai in China

Whatever his real reasons, we hope his channel will be back and up again in no time. As seen from his Twitter announcement, he plans on leaving China and after that, maybe, on re-uploading his videos again. Good luck with that. Meanwhile, Winner Laowai in China will be dearly missed by many. Stay safe! 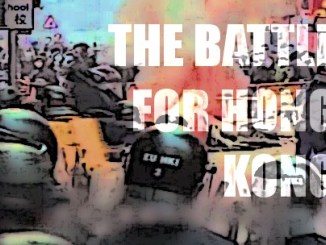 Why the Western media back Hong Kong riots 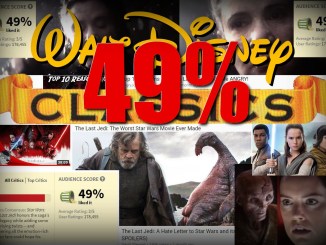 Last Jedi is a stunning yet objectively BAD MOVIE so get over it!!!