In a historical moment, Philippines’ President Rodrigo Duterte in Beijing declared his “separation” from its former colonial master, the United States. His country will search closer ties with China and Russia. “It is the only way,” he said. “I announce my separation from the United States.”

This comes at a time of great distress in the South China Sea, where the USA and its satellite state Japan are building up a massive military force, preparing for confrontation with China and, perhaps, war.

Since the 70’s, China has leaped-forwards light-years ahead in every aspect in advanced military development capable of primarily defend China and, secondly, crush any trouble-makers infringing on its motherland.

China overtook the USA as the planet’s biggest economy in 2014, the International Monetary Fond reports. China aims at uniting the world financially like “1-Big-Family” -Dajia. The superpower USA sees it as the greatest threat to US hegemony and world dominance. Accordingly, the White House coerced the Philippines, a de-facto US vassal state, to gang-up against the Chinese. This, Duterte declined, ferociously: “I am no American puppet,” he commenced, before calling US Obama a “son-of-a-bitch.”

Unpreventable, President Duterte of Philippines shamed the US plotting and scheming in Asia, and announced the separation from USA, CNN-News reports.

The bloody history of US imperialism in the Philippines is largely understudied in America, and rarely taught in schools. The country consists of over 100,000,000 people spread over 7,400 islands (but not evenly). There are now 11,000,000 overseas Filipinos.

For the USA to lose such an important military ally and number force in the South China Sea is a catastrophe, and Washington is expected to retaliate.

Image source: ‘Son of a bitch’ 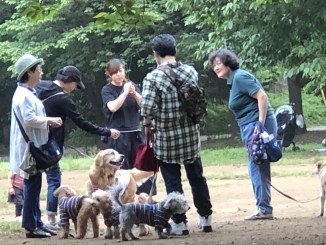 The Dogs Of Tokyo Outnumber The Children

Josef Wieland: The Rules of the (Business) Game