“Your students, Professor Bell, are all secretly reading Dr. Pattberg‘s essays on the liberalization of Chinese terminologies.”

Daniel A. Bell, a professor of “political theory” (which really is the theory of power relations) at China’s Tsinghua University, is NOT helping correct scholarship, I claim, by prostrating himself before The New York Times‘s ‘Orwellian Rules of Writing’, and by (repeatedly) submitting China op-eds that are virtually, I mean linguistically and culturally, “Chinese-free”.

The leading China professor didn’t even manage to write ruxue. The NY Times is a political instrument and Western tool in driving Western values (including Western names and definitions for everything) into the brains of its dear readers. Audiences will always rely on the correct names -names that they won’t get from US media.

Readers certainly won’t get the correct Chinese names from the highbrow The New York Times, Bloomberg, Reuters, the CNN, etc.. Those US corporations dressed as global public services are all dinosaurs. They believe in the purity of language like the colonialists believed in the purity of race. You don’t believe it? The idea that Western educated readers may encounter original Chinese concepts or categories that they may have to look up in the dictionary (or, God forbids, to study in depth) scares and shames those NY Times editors. They, as a matter of style and elitism, have to write from the position of the highest authority. Like the voice of overlords or colonial masters. Instinctively, they don’t like to be taught or lectured on foreign cultures. Daniel A. Bell is an “expert” on China. In the US media he is not allowed to write Chinese words. Chinese terms are certainly taboo in The New York Times.

The paper’s owners and editors, like most Western publications, require all NY Times ‘submissions’ to be written in clean and plain English. So as to keep their China articles (and your supply of information about non-Western people) in “beautiful” - meaning pure and unpolluted - English language. Only problem -it’s incorrect and dishonest. As the late historian Horward Zinn once remarked: If something is omitted from history, you have no way of knowing it is omitted. By omitting the correct Chinese terms in his China article to the NY Times, I claim, Daniel A Bell is doing a disservice to World History.

I know that Daniel A. Bell uses the correct Chinese terms all the time when among colleagues and students; therefore I suspect that Prof. Bell feels intimidated and coerced by the NY Times (and, by extension, the US establishment). It is, from a political perspective, not wise for writers in America to hold a candle to its ideological enemies. But scholars, I claim, must be able to do that. So why did Prof. Bell fail in that respect?

The NY Times is on a mission to convert all meaningful China analysis into Western categories and talk about China solely on Western terms. Rather than standing by what he has learned during all his professional life (the correct Chinese terms), Prof. Bell decided to let China, his colleagues, and his students down. (No wonder so few Americans are willing to study a foreign language - foreign words won’t see their way into print anyways -pure English diction is required.)

Professor Bell has learned the Chinese culture and language all his adult life but doesn’t have the courage and integrity to use it when he sees a NY Times editor. What a lost opportunity. He could have made a real difference in the world. The US highbrow media censors 95% of the world’s population, based on their “not correct” foreign vocabularies.

Prof. Bell repeatedly had the opportunity to inform the educated American public, yet he blew it possibly for fear of being rejected in print. The reckless translation of foreign key terminologies is an old language trick that European imperialists used for over 300 years to steal the cultural intellectual property of the conquered. The Germans even had a word for it: Deutungshoheit - meaning having the sovereignty over the definition of thought.

This is the 21st Century. Historians can now easily reconstruct what had been lost due to reckless Western colonialism (and discrimination against foreign words). Tianxia, junzi, shengren -anyone? Enlighten, professors and journalists. This is China. The Chinese (just like other non-Western cultures) have thousands of original concepts and ideas that Westerners never heard of because our agenda-driven media and our old-fashioned publishers choose to suppress and withhold foreign key terminologies. To keep you ignorant and in the dark.

China has a perfect and legitimate reason for rejecting ‘Western values’ in its classroom; and it is the same reason America rejected ‘German values’ or ‘Japanese values’ or ‘Asian values’: It all can be done on its own terms. Close your eyes America, and what you see is what you are entitled to.

We are one humanity, but seven billion people. It is not all about the USA or the West. (To be frank, even Europe can’t take US hubris any more.) The Asians for 3000 years have been formidable originators and thinkers, and have given names to all their ideas and inventions. America may claim to have liberated the races. It claims to have liberated the cultures. But it’s still a long way from here to liberate the words. 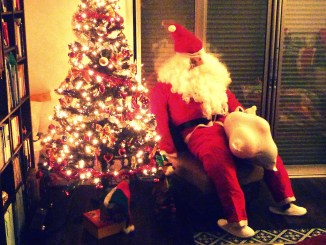 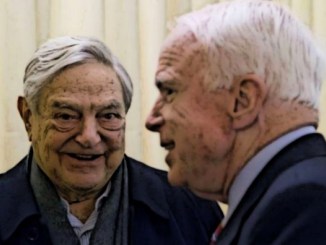