BEIJING - CNN propaganda trash-talks CCTV’s Chinese New Year TV party? Widely known fact: CNN’s own propaganda is far more malignant and confrontational. And CNN is not ashamed of it at all. So, without further ado, here’s a break-down of a masterfully fabricated propaganda piece by Shen Lu and Hilary Whiteman.[i] It’s a 10 out of 10. [You’ll know when we get there.] And, yes, for educational purpose, we got to paste the whole thing:

Rhetorical question: You know the answer already, don’t you!

Name calling: Crazy Chinese: Millions of them! All slamming the show! It must be awful!

Exaggeration: But THIS years was even WORSE!

Expert testimonial: Propaganda needs (at least) two testimonials –ideally one from experts, the other from plain folks. This one is the experts’.

Misrepresentation: CCTV didn’t say any of these. In fact, those are genuine Chinese political theories with distinct names: 四个全面 (si ge quanmian) and 核心社会主义价值观 (hexin shehui zhuyi jiazhiguan). The English “translations” are used to belittle and to disenfranchise Chinese culture.

Trash-talking: Perfectly normal things, a military parade (mini!), a sketch (corruption!), and a picture of the head of state (huge screen, midnight approaches!).

Plain folks talking: Propaganda needs (at least) two testimonials -one from experts, the other from plain folks. This one is the plain folks’.

The negative-positive: The propagandist provides a comment from the opposing camp (we have to hear the other side too, don’t we?) - a negative. However, that negative really is just another positive in disguise: Director Lv is portrayed as a complete idiot here.

More name calling. The director is humiliated. The comment, cherry-picked from the anonymous internet, does that perfectly. Also, this encourages the readers to believe the truth is always vulgar and mediocre.

Summary: Almost finished. The part leading up to the last sentence (the repetition of the propaganda message) ideally has no new content. Its sole purpose is to drumbeat the grand finale.

Repeat the propaganda message: The journalists use a straw-man again to say what CNN wants to disseminate: The gala “was absolutely the worst in its history” (remember the headline!). It gets worse next year. It’s incurable (like a disease?)  It’s a cultural zombie!

The analysis above demonstrated some important key propaganda techniques. But there is more:

That CNN article was written for the sole purpose of smearing the CCTV New Year Gala Party. It was not meant to be “news,” in the traditional sense of “reporting the news,” that is: from a neutral standpoint, and let the readers decide whether they like it or not. On the contrary, CNN aims at thinking for you, and delivering the “correct” opinion.

Since China is a sovereign state, it has its own military, political culture, and ideologies. That is unforgivable in the minds of gullible Americans. China, by mode of its existence, is the arch-enemy of the US Empire and its client states which like to think that the West was the end of all history. The West polices the world; the West does have a global monopoly on media. Accordingly, Western media –which are the only “global media”– are likely to endlessly shame, provoke, and stir up trouble in China. It is an extremely abusive, unbalanced relationship.

The CCTV gala was watched by about 800 to 900 million Chinese. CNN concedes that this is more viewers than the annual US ‘Super Bowl’ –a popular US sport event which is watched by about 110 million Americans.[ii] However, this ‘admission’ is to appeal to the emotions of the US public. CNN is one of you, folks: “We are in this together!” It’s an appeal to US patriotism.

Don’t get us wrong: The CCTV gala of courses uses propaganda. But it is rather amateurish propaganda, and pales to the US’s’. It is not condescending propaganda. Is not pretending. It is not aimed at smearing and slandering the American people. It’s the Chinese celebrating their New Year with pomp and glory, which is rather like Western Christmas, New Year, Carnival, and the Super Bowl combined. CNN, which is the epitome of US agitprop, on the other hand is out for cheap blows and insults.

One more thing…, a thing about context: CCTV is a competitor of CNN, we’ve said that already; but because CNN propaganda is US master narrative –like an owner or overlord– this media is largely [on-and-off] banned in China. It doesn’t have to be this way. But why should China tolerate ‘foreign guests’ to its house who piss in all four corners and shit on the conference table. In fact, why should anybody allow anyone to treat them with disrespect or violence? Humiliated from being expelled from the huge China market, CNN ever since then engaged into vicious revenge journalism.

Once again, this is not to say that CCTV doesn’t use propaganda. Of course it does. The difference is that the Chinese don’t smear Western New Year TV galas like that. It is the Americans who feel they are entitled to pummel CCTV’s Chinese New gala, and to drop a mighty poop on the show.

[i] Alternet, The Might of the American Empire Was on Full Display at Super Bowl 50: A Bizarre War Spectacle Extraordinaire, Feb 8, 2016, New York

A version of this article is published in: 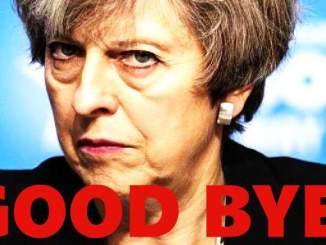 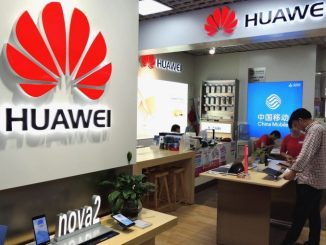 US Unfair Treatment Of Huawei