Did you know the New York Times is the Go-To-Place for Right Wing Extremism brainwash? According to its own logic, it is! But we come back to this in a minute.

First, the happenings: The New York Times penned a hit-and-smear piece against it largest competitors, the independent content creators on Youtube who often have a much larger audience than the New York Times itself.

It published a front page story about a guy who watched Youtube videos and, by self-confession, got radicalized.

His radicalization consists entirely in arguing certain view points about immigration, radical feminism, and nationalism. Wow, that’s really radical. I wonder what happened if he had read the New York Times for too long and radicalized their leftist way.

And if Youtube is guilty, as the article suggests, of sharing those Youtube videos prominently, why isn’t the New York Times now guilty of over-sharing the said Youtube vidoes on its platform - the mass media?

If anything is brainwash these days, it is the fake news media such as the New York Times. Attacking Youtubers on your front page is a nasty terrorist attack and enemy propaganda act. Worst journalism.

Besides, using “the guy” as your average people testimonial is too transparent a propaganda trick. What does he prove but being used for brainwashing your audiences that watching Youtube, your competitor, is bad for them?

The New York Times then goes on advertising those points that supposedly are the content of that brainwash. Quote: “Some young men discover far-right videos by accident, while others seek them out. Some travel all the way to neo-Nazism, while others stop at milder forms of bigotry.” This insinuates that all those videos are forms of larger to lesser degree of Nazism.

The New York Times gets advertisement unfriendly. It compares those Youtubers to a “decentralized cult.” This cult was spreading, quote: “that Western civilization was under threat from Muslim immigrants and cultural Marxists, that innate I.Q. differences explained racial disparities, and that feminism was a dangerous ideology.”

Thank you for the radicalization of your readers, New York Times. By your own admittance, you endangered them all by now. Are those talking points you mentioned legit? Sure they are, and they belong to the democratic discourse just as their opposite leftist counterparts. But no word of leftist radicalization!

The true purpose of the hit piece shines when it talks about how Youtube, now under pressure, is forced to restrict, if not ban, the mentioned Youtube videos, or even terminate their owner accounts. That this serves well the interest of the whaling legacy media we already mentioned.

Its main target is the Canadian philosopher Stefan Molyneux, which the New York Times dismissively called “self-described,” despite the fact that Stefan does nothing but philosophy for decades and has more readers and viewers than any academic philosopher on this planet.

Other targets are Lauren Southern, Gavin McInnes, Dave Cullen, and Ben Shapiro, and many more, who all feature in the impressive ‘right-wing extremism Youtube collage’ heading the story.

Already, Youtube creators are responding to the attack on their peers. Tim Pool calls it “the War on Youtube.” Styxhexenhammer calls it “a modern satanic panic propaganda piece.”

Sadly, Youtube is likely to capitulate to the nasty New York Times and crack down on those Youtubers some more. We are living in the end times of free speech in America. 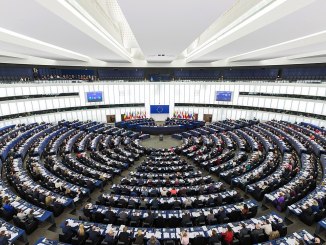 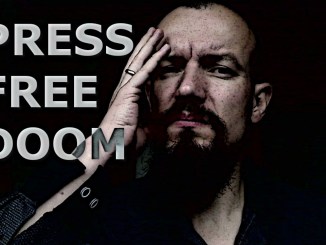