No hard evidence, of course, is every presented. In fact, many of the so-called anti-Semitic vandalism such as smearing a Swastika on some gravestones are probably done by leftist, pro-Israel interest groups. They are staged hate crimes.

The German regime media DIE ZEIT, sympathetic to Macron’s plans, reports the following: “At a bus stop there was also a mirrored swastika. Already on the penultimate weekend, similar graffiti had appeared: On the shop window of a bagel bakery in the center of Paris unknown people sprayed in German the word “Jews” in yellow. In addition, mailboxes with the portrait of Auschwitz survivor Simone Veil were smeared with swastikas.”

Anyways, according to the official narrative, as a former bankster of the Rothschilds, pro-active Macron vows to criminalize all criticism of Israel and the Zionists, from saying negative things about their country’s foreign policy to sinister old power structures (the 5th column) and a Jewish conspiracy (e. g. controlling the media, Hollywood, and the banks, etc.).

Macron also plans on extending the ban on anti-Jewish commentary on the Internet, adopting Germany’s NetzDG -the “Netzwerkdurchsetzungsgesetz.” The law against discrimination on the Internet fines online platforms such as Facebook with up to 50 million euros if they don’t delete “illegal” content within a few hours to the day.

The laserlike precision of Macron’s removal of freedom of speech in France is part of a greater campaign to crack down on the white French natives who are deemed right-wing extremists because large proportions of them didn’t vote for Macron and his politics and despise the Macron gangster regime fullheartedly.

The censorship measures are also extremely disproportionate. Macron, just like Merkel, wants to gain international goodwill cookies from appearing overtly pro-Jewish. But this is racism. There is no such thing as a Jewish master race that needs special protection. All men (and women) are equal, no? Thus, the Zionists and their collaborators such as Macron and Merkel use this seemingly well-meaning approach, however, to make it illegal to criticize an entire country, Israel, let alone a religious and ideological group. In fact, no other group enjoys such privileges written by name into the law. On the contrary. In France for example, white racism is totally ok and white genocide is systemically organized.

The German ZEIT has this to say: “According to Israeli Prime Minister Benjamin Netanyahu, Macron informed him on a phone call that France wanted to adopt the anti-Semitism definition of the International Holocaust Remembrance Alliance (IHRA). According to this, anti-Semitism includes “hatred stereotypes and attributions” as well as open hatred of Jews. The IHRA also includes the “myth of a Jewish world conspiracy” and the claim that Jews “control the media, business, government or other social institutions.”

The new censorship laws are undemocratic and unconstitutional. Yet, anyone who criticizes the new hate speech laws by definition must be an anti-Semite, so prospective critics feel intimidated and existing ones are immediately branded as anti-Jewish for life. 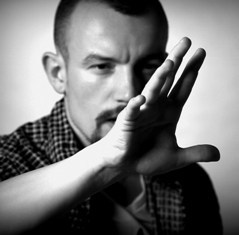