The delusional leader of the ratcheted Labour Party has lost his blueprint. He is out there with his pants down and cannot find an exit door. Instead, despite his party’s huge losses during recent elections, he is still advocating ‘a Second Referendum’.

Can’t he see that the people of Britain, the majority anyway, doesn’t want to remain in the totalitarian EU? That’s why they voted with their feet in the democratic referendum 2016 to get the fuck out of the Union.

Of course, it will be difficult. So don’t give us chicken shits for leaders!

Jeremy Corbyn is such a chicken shit, a remainer by heart, who calls for a second referendum and a third, intersected before the second, to get clarity, possibly. What a crook!

I say, you show him the door on next election day.

But maybe I am a bit too strong with old Jeremy? Maybe we should vote on every referendum again in case we voted incorrectly! What is your opinion on this? Don’t be shy and leave a comment!

To Chomsky: Europe Doesn’t “Lack Courage” to Confront US; She is Broken and Incompetent! That’s What She is!

Jeremy Lin is no good news to anti-racism 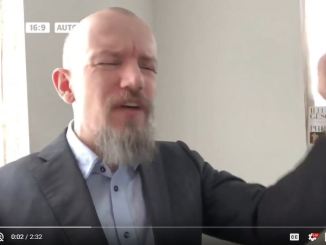