Prevent pregnancies, Abort your unborn, Forgo children. Western propaganda has forced Japanese women into childlessness. Japanese women, too many of them, believe they shouldn’t have offspring.

Childlessness, or the nuclear family (one child, not enough to replace both parents), was chick and fashionable 30 years ago, but now Japan is over-aged and still childless. You have been betrayed. Do you know that about 340,000 pregnancies were still aborted in 2018 alone?

Something needs to change, and it is entirely a game of mind. The Western globalist media mafia doesn’t want your best, Japan. Western interest groups such as radical feminists or cultural Marxists do not necessarily have the best for your future in mind. The Left of the West wants a childless Japan and, consequently, mass migration to replace your population.

Other nations like India, Pakistan, or even Vietnam and the Philippines have massive population growth compared to Japan. Even China could easily send you 10 million people immediately. US president Donald Trump joked last week that he could send you 25 million Mexicans.

Yes, despite this desperate situation, Western propagandists and their Japanese collaborators want you to believe that, well,… prevent pregnancies, abort your unborn, forgo children. You know the drill.

And remember, don’t believe the anti-Life propaganda in the media. It’s social engineering and mass manipulation. Prevent, Abort and Forgo until you die is not in your best interest, never was.

What is your opinion on the anti-Life radicalism in Japan and the childlessness of Japanese women? Don’t be shy and leave a comment!

It is Allahu Akbar, NOT “God is Great” -Do NOT TRANSLATE foreign key terminologies 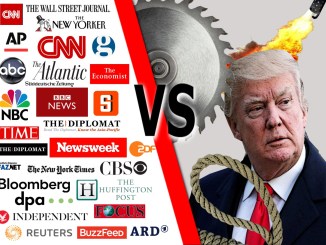 Anetta Kahane and the Amadeu Antonio Foundation: Revival of the German Thought Police