Japan feels it is emancipated now and doesn’t need old Western colonial rules about names. In the past, when the West ruled the world, the West enforced its own preferences for writing names: We call the Western preference “given-name-first”. But in East-Asia, in particular China, Japan, and Korea, the surname came first, so we shall call the East-Asian preference “surname-first.”

The Western media ruthlessly turns East-Asian names around in their reporting, which amounts to psychological abuse and linguistic oppression. There are, however, exceptions to the Western ‘given-name-first’ policy: Important historical figures. For example, the Western media says Mao Zedong, not Zedong Mao. It says Xi Jinping, not Jinping Xi.

Now, Shinzo Abe, excuse me, Abe Shinzo, feels that the time has come for Japan to step up and protect East-Asia’s ‘surname-first’ tradition.

Foreign Minister Taro Kono and Education Minister Masahiko Shibayama proposed a revision applicable to the entire country. This would affect reporting during the 2020 Tokyo Olympics.

The question is, will Western media lend an ear to this Japanese plea? After all, the West controls all global media, including the Japanese English-language media like Japan Today, Japan News, and the Japan Times.

Here’s a trick how to do it. Just change the Western names around in your country. So Trump Donald and Bolton John. The West will think that’s odd and crazy. And so maybe the West gets an opportunity to think itself in East-Asia’s shoes.

What’s you opinion on ‘surname-first’ for East-Asians? Do they deserve so much autonomy? Or should we make them more Western? Don’t be shy and leave a comment! 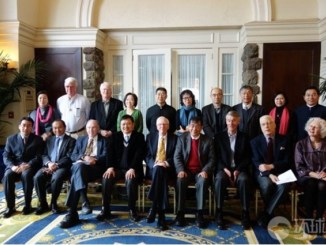 What about Law & Morality?