Hailed by the tyrant in Berlin as bastion against fake news, the Ministry of Truth with its 4,000 employees in the heart of Berlin has one outstanding mission: To protect the people from untruthful opinions and news disinformation.

A traditional spy agency we will not get. No more circumlocutions. Instead, this one-billion-euros mega complex is going to fight the enemy within: anyone who dares to deviate from the regime line or strays into forbidden thought territory.

The opening ceremony coincidences with the German passing of paragraph 13 of the EU digital copyright act (it will easily be ratified by the EU parliament). Paragraph 13 means the Internet will never be free again and will only serve the EU regimes and their affiliated media.

That’s because the regimes and their affiliated media now claim copyright on all news, images, information bits and ideology. This makes it impossible to use regime content to criticize the regime in any form since showing the items of criticism without their owners’ consent is now illegal.

The German regime fears uprise and revolution or worse: exposure of its own lies and fake news.

Meanwhile, a morbidly obese Angela Merkel joined the annual Munich Security Conference calling for war against “fake news and cyber attacks” and a new “multilateralism” (cooperation), which every dictator will find alluring, especially that mini-Napoleon Emmanuel Macron of France. Germany indeed found the perfect weapon for the oppression of its increasingly mindless, choiceless populace.

Israel is the perfect testing ground for liberal theories 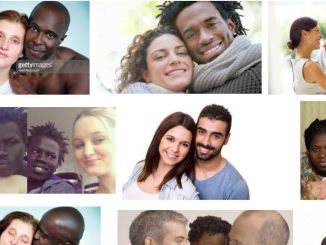 Why is Google pushing white genocide in your face?