This is a true Death Star encounter for Mr. Watson and Mr. Jones. Germany has no freedom of speech, but insane hate speech laws. If the two were German, they would probably get arrested and erased from the internet.

The German regime racket FAZ solicited a brutal hit piece against [British] Paul Joseph Watson and [US] Alex Jones. The press took quotes out of context and smeared the two Trump supporters as right-wing extremist who incite hatred and call for civil war and violence in America. The title of the piece is: ‘Impeachment will lead to war.“

Other alleged warmongers and rabble-rouses named in the hit piece include “right-wing extremist” Richard B. Spence, Joel Pollak, and Roger Stone.

The author of the hit piece is a well-known denunciator, Oliver Georgi, who frequently targets Merkel critics and political dissenters [see below]. His main activity at FAZ is to demonize Donald Trump as the next Adolf Hitler and his voters as Nazis. 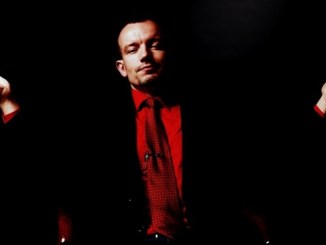 What Is The Global Language Movement?