BEIJING (The East-West Writer)—Sigmar Gabriel, Minister of Economics, descended onto China’s capital as the great Western Moral-man, urged, warned, and vowed to stick it to the Chinese. But the latter hardly took any notice of that fat, arrogant pig. What to do, what to do.

He wanted it so badly… to be in all the Chinese national newspapers….

…that he drummed up the entire German press corps. The media ought to blow a thunderous attack. Which they did. Which was funny:

Deadline for Gabriel’s visit to China: Lunch was to blame (ard.de)

The Chinese evidently have great difficulties in taking German politicians and delegations serious.

We recall the visit by Dr Annette Schavan in 2013, when the Minister of Education lectured Chinese students in Shanghai about moral integrity, only to have her own doctoral degree evoked that same year for plagiarizing.

Or Angela Merkel’s visit in 2016, when the chancellor lectured China on human rights, while back at home she launched the greatest crackdown on freedom of expression, postwar record.

The German state media do no longer engage in China reporting, only in transatlantic propaganda. Journalists act as press soldiers.

China can not trust Germany, because Germany is not a sovereign nation, but a US colony.

Germany’s economy is being completely intercepted and spied on by the USA. The Germans will always betray China for their American masters. There is, therefore, no basis for trust and genuine partnership.

In addition, many German elites in China behave like imperialists. They want access to everything and everyone. This creates awkward situations.

For example with Horst Seehofer’s visit to Beijing in 2013, when the Bavarian politician desperately wanted to be received by president Hu Jintao and vice-president Wen Jiabao.

Very similar to now Sigmar Gabriel, who demands the top leaders of this 1.4 billion-people nation would have to have time for him.

Perhaps Berlin should announce some Middle Eastern refugees as the next German ambassadors to China. This could create some sympathy and calm down China’s anti-German sentiments. Just saying. 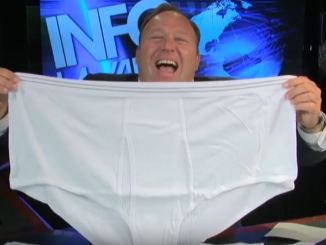 Trump should eat baozi and smoke some zhongnanhai with cadres: Gordon Chang