HONG KONG - Western Social Justice Warriors and Press Soldiers have found a new target for their China-shaming tactics: Chinese boys and girls who apply for American schools. Many of them are rich, and frauds. Not their fault; the system is fraudulent. East-Asian diligence is partly a myth. The Chinese government is in it, too.

“You can’t just have the agencies make them look good or even fake documentation before sending them abroad. They need a lot of guidance.”

In a feisty propaganda piece by Katie Hunt at CNN (in Hong Kong), entitled ‘Fraud frenzy? Chinese seek U.S. college admission at any price‘ she and her ‘Chinese assistants’ generalize and paint a cruel picture of mass-fraud and universal deception committed by Chinese students coming out of mainland China. They submit almost perfect applications. They pay ridiculously high tuition fees in cash.

An informal survey of half a dozen students by CNN found that their parents paid $3,000 to $40,000 to agents that promise to get their children into universities and colleges overseas.

READ Why Chinese Students Put Us To Shame - by Sarah Gashi

To the Court of Public Opinion

Among the despicable things authoritarian Chinese parents are willing to do are: helping their kids to succeed, ask family members for financial support, pay for prep courses, spend time studying abroad, hire native English speakers as proof-readers, or even ghost-writers, and register with professional overseas agencies. Not a single White American would do any of such blasphemous things, of course. Americans coming to China faking their resumes and credentials are unheard of.

Americans in China are known for writing all their Chinese essays, application forms, and dissertations themselves -no help required. They all mastered the Chinese language long before they applied for school or for jobs in China. But, I guess, racism and hatred at the slightest sign of ‘privilege’ in America in these days of radical social justice warriors can trigger a witch-hunt on any group. Asian-Americans, in particular Chinese-Americans, are thought to be ‘privileged’ minorities in the US because they are consistently out-smarting most other minority-groups on school test scores and academic aptitude tests. By that, they hurt the feelings of their fellow Americans. Journalists like Katie Hunt are hard-wired to believe that there must be some kind of ‘Chinese government conspiracy’ or ‘Confucian social engineering’ at work that gave the Chinese an unfair, unethical, or illegal advantage to succeed. So, journalists are going out to find “evidence” to support their theories.

It was only a matter of time until ‘Social Justice Warriors’ and the ‘Press Soldiers’ here in China were picking up this golden opportunity to “debunk the myth of biological or cultural differences,” by shaming the Chinese into admitting they are engaging in a large civilization-sized fraud upon American education, pretending to be superior students when in reality they are just cheating the American system. (Not all of them, God forbid, we never said that. But many many of them. In fact, all of them.)

It is safe to say that many East-Asians suffer from constant stereotyping and propaganda. Here’s a quote from Sharon H Chang’s Multiracial Asian Families Blog:

“Whites view Asians and Asian Americans as available targets for racial stereotyping, imagining, and hostility. Over the last century and more, Chinese, Japanese and other Asian Americans have been imaged and labeled in many areas of society as ‘the pollutant, the coolie, the deviant, the yellow peril, the model minority, and the gook…” -Joe Feagin, The White Racial Frame

And that’s just for Asians in America. Now let’s go back to non-American Asians, and how they are depicted. Chinese, other than the Jewish minority, are the perfect target for US global slur campaigns because they are believed to come from a communist country, where nothing else but corruption and moral degeneration can be expected from. Katie Hunt must be extremely fluent in Chinese to be able to work as China correspondent for CNN. Or does she have a Chinese assistant, a proof-reader, and editors? Oh, that’s not fraud. It’s only fraud if the Chinese are doing it. Besides, Americans come to China to learn Chinese. Chinese, on the other hand, must show proof of their English proficiency long before they arrive in the US. It’s a colonial flood gate and master-slave narrative, and was never meant to be fair. Americans have all the right to demand perfect English skills from Chinese applications (most who’ve never been abroad before), while at the same time encourages its own citizens to suppress Chinese words, names, and brands in America. Hypocrisy? Not if the US is doing it, apparently. Is your US university offering courses on how to apply for PhD positions? Boy, are they a fraud, perpetuating a culture of shortcut taking and perfectionism.

“They are attempting to game our system and subvert our attempts to select students who present the best fit for our institution.”

Now suggest that the evil Chinese government is invested into this fraud scheme: “New Oriental Vision, which is registered with China’s Ministry of Education, initially agreed to an interview with CNN but later canceled, saying no-one was available to talk.” It suggests that Americans from a capitalist society (of all!) would never take advantage of any help they can pay to get more advantages, of course. They idea of helicopter parents is a myth. White Americans are naturally gifted, while the Chinese must work hard, have authoritarian tiger moms, and were conditioned, from an early age, to cheat other Americans and the American education system.

The ‘Press Soldiers’ largely co-ordinate their efforts, and cross-reference each other. In this particular campaign, most refer to a study by a US-based think tank that found 8,000 Chinese students were expelled last year from US institutions: “Cheating at exams, plagiarism and finding other students to write papers for them were frequently cited as the specific causes of expulsion, the survey showed.” [Source: WSJ] US ‘press soldiers’ were quick to worship at the Church of Western Values, abjuring the Chinese gods of fake forgery. There were identical stories in Quartz, Newsweek, South China Morning Post (HK), The Atlantic, Business Insider, The New York Times, to name a few. No fact-checking. No control-group for comparison. Just blind repetition. And it will get worse, because such anti-China tropes always go ‘snowball’.

READ Yet again, SAT scores in Asia withheld because of cheating - by Valerie Strauss

Perpetuating A Culture of Hate

I love it when Americans, under the pretext of eradicating racism, segregation, inequality, and oppression, create precisely all those problems themselves -all with the excuse of freedom of speech. In reality, their ‘say-what-you-want’ mentality solidifies hatred. Such a co-coordinated, racist blaming and shaming of other nations, especially one that Western powers had for centuries humiliated and colonized, would be almost impossible to imagine, on such a scale and vitriol, in post-war Europe, Japan, Russia, or China. Just imagine Chinese journalists going after ‘White’ Americans and how they compare to other students. And, why on earth would anybody want to stir up racial conflicts anyway, except for said American journalists who profits immensely from race conflicts, let alone social instability, chaos, and war.

We have handed media all the power, in the hope they would protect us from oppression. Yet, here they are, tyrannizing the people and subverting society. We see a new racism and higher levels of intolerance crouching in the USA that know no boundaries, including resurrecting anti-Antisemitism, hatred for Mexican immigrants, hatred for Chinese ‘super-students’, hatred for blacks, hatred for Islam. This CNN ‘Shaming Chinese Students’ campaign, echoed in the entire Western media soon, is ‘money’ for US journalism, but for the rest of the world it just reinforces stereotypes and justifies more China-bashing. All those harassed and intimidated groups, often out of desperation, are firing back at White privilege and entitlement, thus closing the vicious circle of endless hatred and contempt. Western people in China demand that the Chinese change all habits and Westernize, otherwise they will get humiliated on the internet. Everything is permitted, everything goes, for there is ‘freedom of speech’. Truth, consideration, compassion, empathy, responsibility, solidarity are values for idiots. The media celebrate those who can cause the greatest disruption -themselves. Intolerance and violence are the new virtues. Chinese students are frauds, US journalists feel offended by those frauds, and that ‘news’ must be put on CNN, because “the world is gonna read it and will think like I do”, or else they must be some crazy China-collaborators.

Sensationalized, And Blown Out Of Proportion

China is not alone; US media is getting out-of-control on Russia too. Understandably, Western journalists want to export their ideologies and mental problems to other regions of the world. We are going to see more reports on the corrupt tactics of Chinese students. It feeds on mass anxiety of the American people. It could evolve into a full-fledged race war in the Pacific region, say, when Chinese media for some reason decided to retaliate, say, by investigating the lives of ‘White trash’ in Hong Kong and elsewhere.

The possibilities for China-bashing are limitless, and the more disruption and negativity is created, the better for our ‘press soldiers’ in Beijing, Shanghai, and Hong Kong. In the past, destroying public peace was looked down upon; today it is a career path. The supreme political purpose of their dirt-spinning was also graciously provided by Wall Street Journal: “This is an issue not just about [Chinese] students in the U.S., but about the entire higher-education system in China.” What a great theme to exploit for our Western journalists. Down with the corrupt Chinese government! Westernize Chinese Education! Long live the Cult of China Experts! Yip-hi! We can do whatever we want!

READ: The Rising Cult of the China Experts

READ: Orwellian Rules of Writing at The New York Times 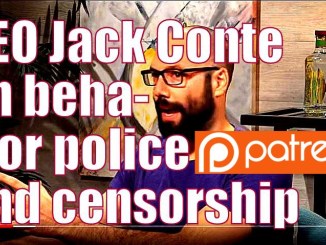