“Underdeveloped,” “immature,” “effeminate” – such adjectives from the life-sciences were often used to describe East-Asian cultures in the 20th century. By erroneously seeing ‘culture’ as an organic, living entity -a common metaphor even today- the Western imperialists believed themselves not only to be ahead in cultural “evolution,” but also more mature and masculine. Evidences are abundant in literature and scholarship. This is the third part from a chapter on ‘Gender’ taken from The East-West dichotomy:

The most obvious use of the postwar American discourse about Japanese ‘feudalism’ in justifying the U.S. occupation was to render the Japanese as helpless and naïve as women and children supposedly were. (Naoko Shibusawa, 2006)

Butterflies, amber, pottery, calligraphy, lotus flowers, cherry trees, dolls, silk, kimonos… are those national symbols of a masculine or feminine nature? Westerners found them to be of a feminine nature, and commented on the absence of more manly sports (soccer, football, baseball, basketball, athletics etc.), and the toy-like houses and cities they encountered. They started a “discourse of femininity and masculinity, or femininity and maturity merged, male activity and female passivity,” or simply about “race and manliness” (Shibusawa, 2006).

However, no such discourse took place in Germany, which was defeated in World War I and World War II. Perhaps this was because Germany’s population was predominantly white and Western. At the heart of Europe, Germany was considered to be a grown-up culture comparable to the Anglo-American one; by all means the Germans were “a mature people” (Douglas McArthur, in Shibusawa, 2006).

Not only gender and maturity, but also such concepts as ‘love’ and ‘privacy’ were believed to be of an altogether different nature in Asia. In Korea, Indonesia, Singapore, Thailand, Vietnam, China, and India it is still the case, even a decade or two into this new millennium, that most marriages are arranged or ‘match-made,’ and that ‘marriage’ is still considered the ‘union of two families’ rather than of two individuals, and that a man has to marry and have a child, preferably a boy, before he is considered a real ‘man.’ Nevertheless, we should bear in mind that today’s situation in those countries is already a huge improvement over what it was 20 to 30 years ago (Lü, 2005). Some Western authors still argue that ‘Love has nothing to do with marriage in Asia’ (Nilson, 1988). Or, in defense of Asian values, that the concept of ‘love’ in (Confucian) China, Japan, and tutti quanti is inherently different from that in Christianity and the West, and can and must be understood ‘in the Asian context’ only (Lin, 2007).

Similarly, in Asia’s collective societies, the concept of ‘privacy’ must be understood ‘in that Asian context’ only (McDougall, 2002). It might be helpful to keep this rule in mind: In China, ‘love’ and ‘privacy’ are best expressed by 爱 (ai) and 私 (si). Korean and Japanese speakers can read and understand these two characters, but pronounce them differently and also transliterate them into their own alphabets, Hangul and Hiragana, respectively. The concept of individual ‘privacy’ which we take for granted in the West was imported into Hangul and Katakana simply because there was no generic word for it in classical Korean and Japanese. Linguistic distance correlates with cultural distance – only if one has gone through the painful ordeal of mastering a foreign language will one understand and appreciate a foreign culture and its distinctive values.

Some feminists (men can also be great feminists) have argued that the whole image of ‘Asian playthings’ is the construct of an obsessive Western mind. But then, so are the stock market and French cuisine. No idea that has occupied so many minds over hundreds of years can be that far away from the facts of human life.

Unless someone speaks a foreign language fluently and is familiar with the cultural implications of certain words and expressions, one is unlikely to understand the cultural context of, let’s say, ‘enjo kosai’ in Japan – a compensated dating of young schoolgirls by middle-aged men (Goldman, 2008/05) – modern concubinage in Hong Kong or Shanghai, or rampant prostitution in most East Asian countries. Similarly, an East Asian person will have difficulty understanding European ‘swinger culture,’ where couples exchange their sex partners, even wives, mixed saunas, or the naturist or ‘nudist culture’ valued in many European societies.

But it isn’t all relative: In the past it has always been the Western male colonialist or imperialist who came to Asia, not the Eastern male colonialist or imperialist who came to Europe. Where women dress like dolls, are submissive, know that their husbands will cheat anyway, where prostitution is cheap, people are beautiful, slim, young, even easy to marry, where languages are unreadable, and where Asian body types, in particular exotic Asian facial features, skin color, and genital configurations seem to arouse Western men to the very heights of exoticism and bizarreness (Lin, 2007), there will be a market for it:

I have met the plaything which I have, vaguely perhaps, desired all my life: a little talking cat. […] her head, the size of your first, is poised, and seems unreal, on a child’s neck, a neck too long and too thin; and her tiny nothingness of a body is lost in the folds of an extravagant dress, hugely flowered with great gilded chrysanthemums. (Pierre Loti, 2001)

Dominant groups, therefore, are able to transmit their ideologies and sexual categories through powerful cultural means of subjugation.

Read Part I: Monogamy as a Western Invention?

Next post: Why marrying a Chinese woman is a good thing (coming soon…) 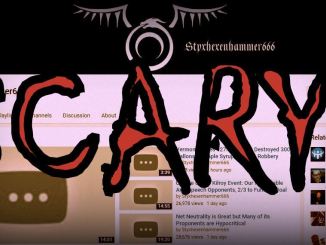 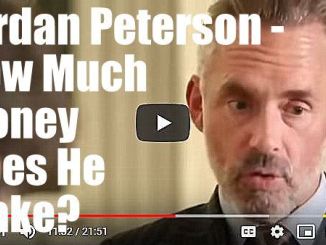