The journalist profession is colluded down to its last fibers, cramped up with con artists, fakers, and press soldiers. They invent story details, characters, interviews. They cross-reference each other and give each other “prizes” and “awards.” Over the years, a qua criminal network evolves.

RELATED No matter that CNN conspires, its journalists won’t go to jail?

So it happened in the cause Claas Relotius, a German fraud and faker, who was given up a leg by CNN, the American “Crap News Network.” The Network awarded Relotius the CNN Journalist of the Year award without him ever been working for CNN. Now, 4 years later in hindsight, the award is a disgrace to CNN.

“The case has recalled other cases of fabrication in journalism, including those by Stephen Glass, a magazine writer whose inventions were found out in 1998; Jayson Blair, a New York Times reporter who resigned in 2003 after editors discovered “frequent acts of journalistic fraud”; and Janet Cooke, a Washington Post reporter who won a Pulitzer Prize in 1981 for an article the paper later determined to be untrue.”-New York Times

Relotius was finally exposed in Germany in December 2018 as a lifelong fraud and journalist misfit. CNN obviously has helped him to pursue and perfect his criminal career up to that point.

“His work had received awards from CNN, but a CNN spokesperson said, ‘Relotius was not associated with CNN, he never worked for the company and never had anything published on CNN platforms.'”-CNN

When will we see a major clean-up in the journalist profession? Claas Relotius is just another reminder that the fake news media are never to be trusted. Buzzfeed, the fake news aggregator, invented a story about Donald Trump allegedly having urged his former lawyer to lie to the FBI. The story turned out a hoax. Alas, the damage was already done. The […]

Jack Posobiec is a magician The Independent: from Quality to Gossip to Crap News 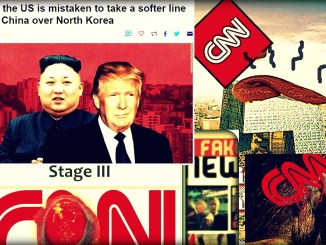 Why I do have better thumbnails than the ‘Crap News Network’

Economist feigns ignorance about Internet’s most common form of censorship: shadowbanning! Imagine a classroom of 5th graders in history, and a couple of know-it-alls always putting their hands up, disrupting your otherwise perfect design. You [...]

Cult of Nazi Guilt most essential to migrant integration… WHAT? Pattberg.org is ranked #612,475 in the world according to the one-month Alexa traffic rankings. The site was founded 10 months ago. Pattberg.org has the potential to earn $700 USD in advertisement revenue per year. If [...]

Pattberg.org © 2009-2018. The East-West Dichotomy, Shengren – Above Philosophy and Beyond Religion, Inside Peking University, EURO-TAO, End of Translation, Lingualism, Knowledge is a Polyglot, Vocabulary Wars, Press Soldiers and all associated characters, products, videos, images from Pattberg.org are either TM and/or © Pattberg.org/LOD Productions, New York. Contents at www.pattberg.org may be used and shared under fair use, citing the source. All rights reserved. All other trademarks, logos, images, and copyrights are the property of their respective owners.